I say we because I’m just as guilty of it as you are.

Growing up, I remember spending hours upon hours on my back porch sitting around talking. Sometimes it would only be my parents there with me. Other times someone would stop by for two seconds and end up staying two hours. We had unplanned cookouts with neighbors that started when they were sitting on their back porch while we were sitting on ours. We figured it’d be more fun if we combined porches.

Maybe it was the difference in a small town and the suburbs, but whatever it was, it was definitely better.

Today we come home from work, park in the garage, close the door behind us, and go in our house. We never even have the chance to even wave at someone. We keep the front door shut because heaven forbid someone know we are home and want to talk. If we do venture into the backyard, no one will ever know because it’s surrounded by a six foot privacy fence to keep the neighbors out.

In an attempt to have a little privacy, we’ve accidentally (or intentionally?) shut out everyone around us. We’ve said our lives are more important than theirs. Our issues are none of their business. Our story doesn’t need them in it.

It’s no surprise depression and unsatisfaction with life have increased as we’ve valued isolation and privacy over connection and transparency.

I read a quote recently that describes what more and more people are feeling on a regular basis. It comes from Steven Pressfield’s 2002 book entitled The War of Art. He writes:

We feel like hell. A low-grade misery pervades everything. We’re bored. We’re restless. We can’t get no satisfaction. There’s guilt but we can’t put our finger on the source. We want to go back to bed; we want to get up an party. We feel unloved and unlovable. We’re disgusted. We hate our lives. We hate ourselves.

Are you that someone?

There’s this restlessness within so many of us and we can’t seem to put our finger on it. We know we’re meant for more, but we don’t know how to go after it. It’s like there’s an itch on our shoulder we can’t quite reach and won’t go away.

We can’t get no satisfaction because we’re missing something.

We’re restless because we know there’s more out there.

We need someone else to scratch the itch.

When God created the world, he looked at it and said it was good. It was beautiful and exactly like he’d planned it. He created Adam in his image and everything was moving forward. Adam was tasked to name every animal on the planet and take care of the world. (Side note: And you think your job is hard?)

At some point in the process while Adam was out living the bachelor life in paradise, God looked down and saw something wasn’t right. Being the creator of the world, he realized it was because Adam was alone.

To fix it, God created Adam a companion – a person with whom one spends a lot of time.

God sent him someone to spend a lot of time with.

If God created us to be with people, why are we shutting our garage doors right when we get home?

If God designed us to do life alongside our neighbors, why do we hide behind privacy fences?

If God’s purpose for us is to spend time with others, why are we so quick to look for an excuse when invited to do just that?

It’s time to stop being bored.

It’s time to start doing what we’re created to do. 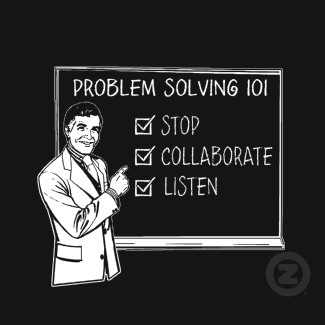 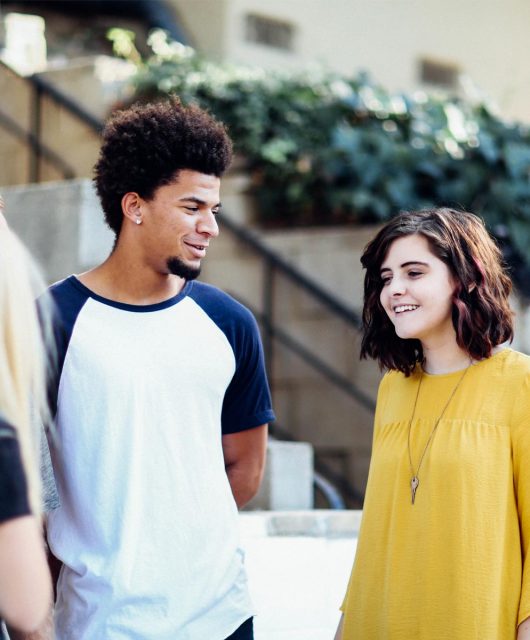